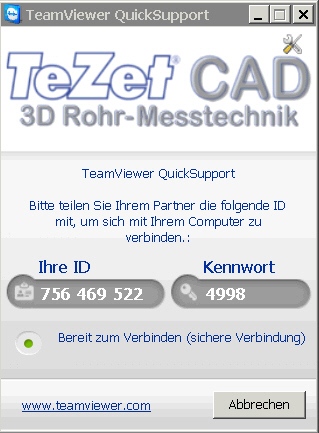 TeZet CAD and MicroScribe have successfully joined together to increase the economy and accuracy of digitizing automotive exhausts. 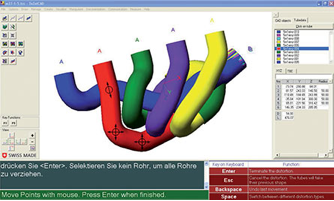 Headers can be quite complex: Half of an F1 10 cylinder header.

Digitizing exhaust systems on the vehicle can be completed in less than 15 minutes.

Saves 6 to 8 Hours on Each Project

When Wilson Header is designing a new header system, owner Mark Wilson generally bends the tubes freehand. Once he’s ready to duplicate the freehand article, he uses the MicroScribe and the TeZetCAD system to record the dimensions and adjust each tube length to the exact same length for optimum performance. The tube bend data goes directly into the bender to duplicate the part.

“On a typical complete set of headers for a V-8, we’re probably saving six to eight hours of man labor. We would normally have to build an individual jig for each one of those tubes and have to hand measure each tube. So the time savings with the CNC bender and the MicroScribe system are pretty tremendous.”

There’s a slight loss of material on a CNC bender because you have to have enough length in the tube to reach the carriage. But most of the wasted tubing comes from having to scrap parts during setup.

Wilson says, “Ninety percent of the time the measurement is accurate enough the first time. We don’t even have to do a comparative measurement. It has reduced our scrap material by probably 70 – 80%. We didn’t have a huge amount of scrap before, but with this, we have virtually none.”

Wilson tells a story to illustrate how the MicroScribe system makes his company more efficient, more productive, and better able to realize revenue from all types of jobs.

“Sometimes we do short runs of things as a service to the local community. We had a rush project for a school bus tailpipe that was a ten-foot, four-inch tube with eight bends. We measured it, took the data to the bender, programmed the part, bent the tube, and could use the first part off the bender.

“Even considering the compact size of the MicroScribe digitizer, it took me about ten to twelve minutes to measure the tailpipe; the measurements were immediately available for download to the bender. The entire process took about 30 minutes from start to finish.

“Measuring by hand would have taken at least twice that time, and the first part would most likely not have been accurate to assure a proper rattle-free fit. Hand measurement would have priced that job right out of the market.”

The ability to do turnaround this fast has made Wilson Header much more competitive on small jobs. As Wilson notes, “If you have a job where you’re building hundreds or thousands of a particular part, it’s not that big a deal to build a set of jigs. You’re going to recoup your investment in time and labor. But with MicroScribe and TeZetCAD, we don’t have to build the jigs, and that makes us competitive on small jobs.”

Wilson is enthusiastic about the results of his MicroScribe system. “I can do everything better with it. I can do it faster. I can do it more economically. I can do it more accurately. It’s made us much more efficient. We’re not spending time building jigs and doing stuff by trial and error.”

They Could Have Taught Me to Use It Over the Phone

Best of all, it wasn’t difficult to achieve these savings and quality. “It’s very easy to use. I was measuring my first tube within fifteen minutes. I think they really could have trained me how to use it over the phone. It’s that simple.”

The software also prompts users for needed information such as the radius of the bend or diameter of the tube. Wilson says, “You measure six points on each cylinder, and then you measure three points at each end of the tube, and that’s it. I don’t know how I ever lived without it. It’s just a huge time saver.”

“If we were to measure a tube manually with a digital protractor and calipers, a tube with four bends in it would probably take us 30 to 45 minutes to get an accurate measurement. With the MicroScribe and TeZetCAD system, that takes less than two minutes, and it’s already in a digital format that I can just import into the bender.”

Wilson says the initial purchase price was important for a small job shop like his. The fact that the system was complete, with no need to purchase additional software was also a consideration. “The data the TeZetCAD software produces feeds directly into my three manual rotary-draw benders and four CNC benders. I don’t have to have any special software to convert it. And I can justify the price because of the time and material it saves me.”

More Uses for the Future

Wilson has plans to free up floor space by digitizing existing tubes from fixtures and jigs. “A lot of the jigs we have now are for stuff we don’t sell a lot of anymore. So the next time we build a batch of a certain header, we’ll digitally record all the tubes we bend, and the jigs are history.

“Not only does each jig set take up space, if we ever want to use them again, we have to find them and get them out—which can take time.”

Because rotary draw benders bend a little bit differently every time you set them up and change the tooling, Wilson also plans to use the MicroScribe system for quality control. “You will have a little bit more or a little bit less spring back depending on how the bender is set up. You have some wear in the tooling that changes the quality and the angle of the bend. If we have a digital sample of a part that we’re reproducing, we can come back months later and check it to make sure the bender is bending it correctly.”

“I don’t know how I ever lived without it. It’s just a huge time saver.” Mark Wilson, owner, Wilson Headers